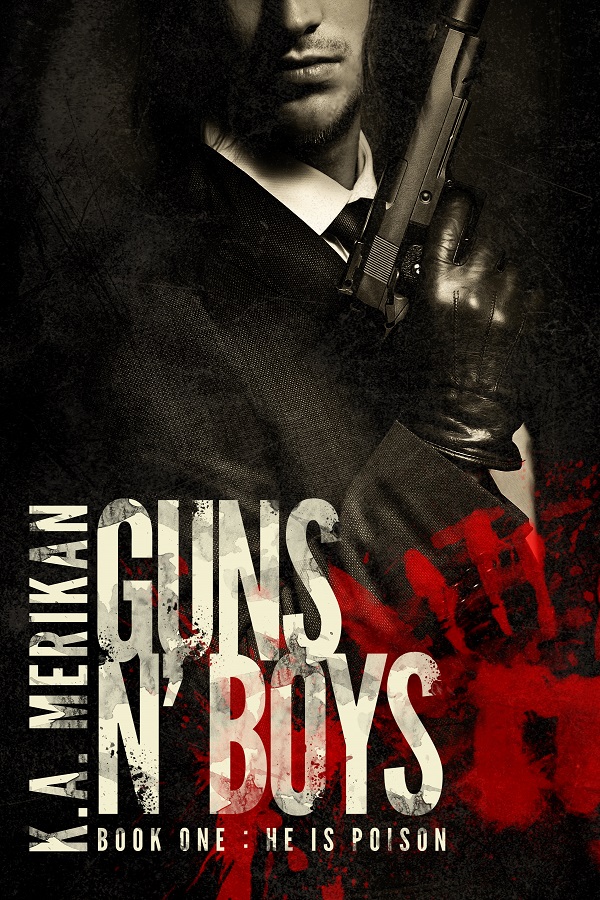 Domenico Acerbi grew up in the shade of Sicilian lemon trees ready to give his life for the Family. Ready to follow orders and exceed expectations. A proud man of honor.

When Seth, the younger son of the Don is kidnapped, it’s Domenico who is sent to get him back. The man he finds though, is not the boy he knew all those years ago. Lazy, annoying, spoiled, and as hot as a Sicilian summer.

Seth Villani wants nothing to do with the mafia. Unfortunately, he doesn’t get a say when the Family pulls him right back into its fold after his mother’s death. Thrown into a den of serpents otherwise known as the Villani Family, Seth has to find a way to navigate in the maze of lies. But when Domenico Acerbi, the most vicious snake of them all, sinks his fangs into Seth, the venom changes into an aphrodisiac that courses through Seth’s veins.

Domenico knows his life is about to change when he gets the order to train Seth up to the role of future Don. Seth isn’t made for it. He isn’t even made. But a man Domenico knows he would never have to fear might just be someone he’s always needed.

If Seth is doomed to follow in his father’s footsteps, he might as well enjoy himself–with the most intoxicating man he’s ever met. Maybe he can even fool himself into believing that Domenico isn’t a handsome sociopath who kills for a living.

WARNING: Adult content. If you are easily offended, this book is not for you.

Behind the morbid facade, there is a splash of inappropriate dark humor, and a love story that will crawl under your skin.

Seth was led down a narrow corridor with a low ceiling so full of cables and pipes that it seemed to be adorned with industrial-themed Christmas decorations. They finally got to a door at the end of it, and bright light blinded Seth for a split-second when it opened.

He was overwhelmed by the sharpness of the air that filled his lungs, and the sun coming in freely through the sides of the building. He tried to understand where he was, but the space looked like an oddly empty parking garage.

He squinted for better focus as his captors pushed him forward. Seth’s lips parted at the sight of two groups of men gathered close to a few expensive cars. Asians on one side, white men on the other, most with tanned, olive skin and dark hair.

Seth opened his eyes wider, and his heart beat furiously. Was it all going to be okay? Would they buy him out?

His eyes instantly darted to a man who took a step forward, moving ahead of his group. Partially because he held a black suitcase, which hopefully contained a ransom that would get Seth out. Partially because the man was so freakishly handsome Seth’s mind was sent into a parallel reality for a few seconds.

A snap of the suitcase opening brought him crashing back to reality, and what he saw were neat stacks of dollar bills. The handsome Sicilian looked sleek like a panther with his long black hair tied back into a tight ponytail. His moves were confident as if he were born to keep calm under pressure. The way he stood straight in his tar-black suit brought out the pride in Seth and made him straighten his back despite the pain in his muscles and joints. In a battle of suits though, Seth’s would lose before the fight even started. The immaculate tailoring on the black piece of art created an angular silhouette from the man’s wide shoulders, to the slim waistline. Even looking at the dark perfection had Seth itching to take off his blue insult to fashion. The man’s tie was elegant and slim, while Seth didn’t even wear one.

One of the Asians stepped forward, took the suitcase, and brought it back to their leader. Seth’s eyes didn’t follow him, captured by the Sicilian, who looked up at him with a pair of hazel eyes. Their gazes met, and Seth stopped breathing. It was like being watched by a puma, the man’s eyes never blinking and intense. Seth wasn’t sure if he wanted to take a step forward or run away. Those eyes were cold, and scrutinized Seth like he was a piece of merchandise worth much less than what was being paid for it. But maybe that wasn’t what hid behind that perfect pair of eyebrows? Maybe it was Seth’s bruised ego talking, since he was mad at himself for having to be rescued like a baby. In the end, Seth’s insecurity won, and he looked away, trying not to think of the shrubbery of a beard on his own face and how it compared to the smooth-shaven skin of the handsome mafioso.

The Chinese boss must have confirmed that he was happy with the amount of money because the man behind Seth removed the cuffs that held back his hands. Freedom came as such a surprise that Seth didn’t move right away, taking a second to look at the red marks on his wrists, but the moment he realized he could, his legs moved on their own, carrying him forward in a frantic jog. The tiny smirks on a few faces made him regret acting so hastily, but what was done was done.

All the Sicilians backed away to their cars, including their leader, whose rich cologne whispered: “follow me and fuck me on the back seat”. So Seth followed, keeping close behind him. He noted, not without satisfaction, that he had about an inch on the guy.

“What happened? Why was I taken?” he asked everyone and no one, still aware of a nervous overtone in his voice. He gripped the wrist of his left hand when an impulse of pain reminded him of the missing finger.

The handsome stranger stopped and looked at Seth over his shoulder. “You shouldn’t have tried to get a hen house on Craigslist,” he said and snapped open a lighter.

Seth just watched him, dumbstruck by the answer. He did get ambushed on the way to pick up the item. From an anonymous seller. Fuck.

The mafioso lit a cigarette as he gave orders to the other men. His profile was like an actor’s, with a straight nose and lips of the most perfect proportions. For a moment, Seth thought that maybe the guy was an actor, employed for some unknown reason, but there was something familiar about him that Seth couldn’t pinpoint yet.

“Take him where he tells you to, and I’ll pick him up in an hour and a half,” the man said in a voice so deep that it sent a shiver down Seth’s spine. Seth was beginning to feel annoyed by this visceral reaction. This was just some hot guy. It was time to shake it off since homosexuality was non-existent where he was going.

A gay mafioso was a dead mafioso.

Rebecca Emerson (A Match Made in Heaven) – 5 stars

A Match Made in Heaven

“So much violence and grief; so much jealousy and destruction. But above all; so much LOVE in the face of adversity!  (…) This is most definitely going to be one of my favourite m/m series.”

“Highly recommend for those not faint of heart.”